Share a memory
Obituary & Services
Tribute Wall
Read more about the life story of Allen and share your memory.

Corvallis – On Wednesday, June 9, 2021, Allen Clifford Bjergo passed away at the age of 85 due to health complications. Allen was born in Ottertail County, Minnesota on September 14th, 1935, to Adolph and Alice Bjergo, where he grew up on a general stock and dairy farm and went to a one-room elementary school, reached by skis in the winter.

Allen enlisted in the Army National Guard during his senior year in high school near the end of the Korean War. He served as a platoon sergeant in an atomic cannon battalion in Germany at the time of the Hungarian Revolution and had assignments all over Europe. He was later commissioned and was recalled to serve as Deputy Chief-CORDS/ agriculture in IV Corps, during the Vietnam War.

Allen returned to Vietnam several times after the war and was gratified to see projects which he had helped start providing widespread benefits to rural people.

He said, “I have some distinction of being shot at by communists on two fronts at earlier times, and being feted by the communists at banquets when I went back later, and probably among the few Americans who have been in Red Army garrisons.”   Allen also carried out 20 assignments to fifteen countries, accompanied by his wife, Jackie on several pioneering projects before and after the fall of communism in Russia, Kazakhstan, Bulgaria, Czech and Slovak Republics, and Hungary. He returned to Bulgaria, Kazakhstan, Siberia and Moldova. Other strenuous work and travel included  Bangladesh, Mongolia, Cambodia and Armenia, still dodging around armed conflicts. His life recalled bits of episodes similar to movies like “Apocalypse Now, Argo, Belly of the Beast, Platoon” and others. He and Jackie also visited relatives in Norway and traveled to Sweden, Italy, Australia and New Zealand.

Allen was a long-term member of several boards of directors, including the Trapper Creek Job Corps community council, Montana Land Reliance, National Center for Appropriate Technology, and other groups. He was president of the Corvallis Civic Club and the Bitter Root Resource Conservation and Development Area, and was a member of the Corvallis American Legion Post 91 and Grace Lutheran Church.

Allen was proud of his Norwegian heritage and was able to trace his ancestry back to Harold-the Fair-Haired and Erik Bloodaxe in the 900’s AD, and had grandmothers from Scottish and Irish royalty. His grandparents all immigrated from Norway to Canada and onward to North Dakota and Minnesota, where his parents met, and where he managed their farm as a teenager after his father’s early death. He was a charter member of Bitterrootdalen Lodge, Sons of Norway and enjoyed teaching Norwegian and history to its members.

Through it all, his primary focus was on family. He married Norita Clark in 1958, they were later divorced. He married Jackie Jacks Nordheim in 1977 and they had a blended family of eight children, 24 grandchildren and 14 great-grandchildren. The grandchildren loved being introduced to hunting, fishing, horseback riding, branding and other ranch chores in the same Bitter Root land which their parents had experienced. He enjoyed photography, painting and amateur writing. One of his favorite past times was telling stories to family and friends.

If you would like to honor Allen, you may make a donation to Teller Wildlife Refuge at PO Box 548, Corvallis, MT 59838 or at tellerwildlife.org.   Memorials in his name may be made to the Montana Land Reliance and Grace Lutheran Church.

Allen’s loved ones would like to thank the Marcus Daly Memorial Hospitals’ doctors and nurses, who made his end of days as comfortable as possible, for their compassion and kind care and treatment.

Condolences may be left for the family at www.dalyleachchapel.com.

To send flowers to the family or plant a tree in memory of Allen Clifford Bjergo, please visit our floral store. 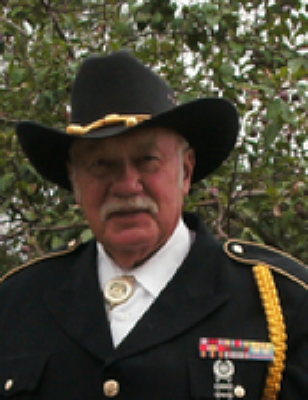