Share a memory
Obituary & Services
Tribute Wall
Read more about the life story of Fenn "Chet" and share your memory.

Chet’s earthly adventure began on November 16, 1948, in Panguitch, Utah. He was the oldest of five children born to Roene Houston and Fenn Eugene Nelson. At infancy his father began introducing Chet to the allure of nature. The outdoors, and all its charm, became his love and passion for the remainder of his life.

After a few years in Panguitch they moved to Compton, CA for six months until Fenn Sr. was drafted during the Koren war which brought them to El Paso, Texas. The family found their way back to California and eventually settled in Fullerton. Growing up among the orange groves of Fullerton, coupled with freedom and sunshine, made for an idyllic childhood.

Chet excelled in most sports, particularly baseball, and was a lifelong Dodger’s fan. Before he could drive, he would tow a surfboard on a homemade cart behind his bike down Beach Boulevard to Huntington Beach to spend the day surfing. He and his friends often took the bus to Big Bear or Brian Head to ski. In high school his winter and spring weekends were spent on ski patrol at Big Bear. Chet was also a standout in track and field as a pole vaulter and sprinter.

Upon his graduation from Sunny Hills High School in 1967, he went to Brigham Young University. He planned his class schedule to enable him to spend every spare minute on the ski slopes. Chet was on the BYU ski team. Flying down the ski slopes, he was known as “Chet the Jet.”

In the fall of 1968, Chet left for Germany to serve a mission for the Church of Jesus of Christ of Latter-day Saints. After, he returned to BYU to focus on a science pathway to dental school.

In love with the Big Sky country, Chet felt strongly that any girl he dated must be from Montana. When he heard of a woman from Montana named Penny Nierstheimer, he knew he had to meet her. In the spring of 1970, they were setup on a blind date and the rest was history. They were married August 16, 1973 in the Oakland, California temple.

In September 1973, they packed Chet’s BMW and headed east to attend Emory University Dental School in Atlanta, Georgia. The South was truly a cultural experience for Chet and Penny, that they very much enjoyed.

Chet practiced dentistry with his father and brothers in Fullerton, California for 12 years before purchasing a dental practice in Hamilton, Montana in 1990. Chet always wanted to live in Montana, and he got to live his dream. He was well known for his generosity often helping those that could not afford dental care. He practiced in Hamilton for 25 years, before retiring in 2014.

A master experience-maker, Chet always included his children, and anyone else who wanted to accompany him on his adventures. There was skiing, rafting, hunting, camping, hiking, fishing, snorkeling and so much more.

He was a life-time member of The Church of Jesus Christ of Latter-Day Saints and led a life of service. Church callings were a priority for Chet as he served with diligence, grace, and humor. Among the many services, he enjoyed working with the Boy Scouts and youth. His kindness and smile were a constant part of his service.

Chet is survived by Penny, his loving wife of 49 years. The delight of his life were his children: Penelope, Noella, Kamden, and Fenn. And the best of all, his grandchildren: Corben, Beauden, Ashton, Onyx, Adleigh, Emerson and Zuri. He is also survived by his four siblings: Kathy, Curt, Paul and Dave.

Chet was proceeded in death by his parents Roene and Fenn Nelson and his daughter, Holli (1983-1984).

Now Chet is on his final grand adventure. While we will miss him terribly, we know that those proceeding him are encircling him in their arms and keeping him occupied until we see him again.

Funeral services will be held on Saturday January 28th, 2023. Feel free to come visit with the family at 11:00 am, services will start at 11:30 am, please join us for lunch following the service. Bring your favorite memory to share.

Condolences may left for the family at www.dalyleachchapel.com.

To send flowers to the family or plant a tree in memory of Fenn "Chet" Eugene Nelson, please visit our floral store. 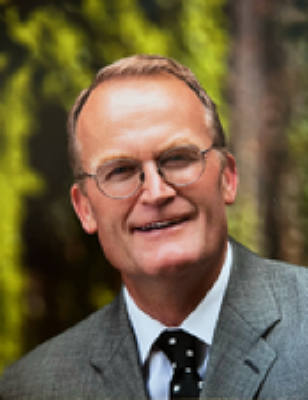