Share a memory
Obituary & Services
Tribute Wall
Read more about the life story of Mario and share your memory.

HAMILTON - Mario Locatelli of Hamilton, passed of natural causes within days of his 90th birthday with the comfort of his family, November 25. He was a born in Berbenno, Italy to Angela and Battista Locatelli and had 12 siblings.

Mario moved to the United States when he was 16 with a few family members on an arduous journey aboard ship and train to California. Working as a laborer at various jobs he fell in love, married Margaret and had 4 girls while starting a firewood business. Recognizing his talent for running heavy equipment and his desire to be closer to wooded countryside he moved the family to Oregon where he thrived as a wrecking contractor. He and Margaret saved to purchase a ranch in Montana. The nearby canyons and mountain summits lured him to spend the rest of his life hunting, climbing, and skiing them; so much so that he was tagged with the name of “Mountain Goat”.  Mario launched the Mountain Goat Marathon, a grueling 25-mile race up, down, across & over the Bitterroot summits that raised thousands of dollars for various charities. His climbing desires stimulated him to climb all the highest peaks in all 50 states. His most gratifying was holding the record for a short time as being the oldest man in the US to climb Mt. McKinley in Alaska. His life was not without personal struggles and tragedies along the way.

There will not be a service; he requested his ashes to be spread on the mountain summit close to his back door shown in the photo that he backcountry skied the most. He wants you to know that “exercise is the key to keeping you mentally and physically fit, no pain no gain” and to “take it easy but go ahead”. RIP Montana Mountain Goat.  In lieu of flowers memorial’s may be made in Mario’s name to the charity of the donor’s choice.  Condolences may be left for the family at www.dalyleachchapel.com.

To send flowers to the family or plant a tree in memory of Mario Locatelli, please visit our floral store. 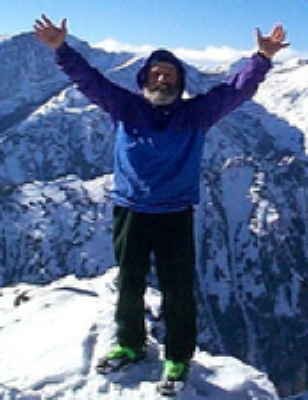