Share a memory
Obituary & Services
Tribute Wall
Read more about the life story of Pauline and share your memory.

Polly was born on December 17, 1956, to Tom and Burline Stearns in Fresno, California. She was the oldest of three girls, growing up with her younger sisters Karen and Linda.

She graduated from Clovis High School in 1975. It was here that Polly met her future husband, love of her life, and father of her children, Kent Jura. The two were inseparable from the moment they met in her junior year of high school. Polly and Kent married in 1981 at Our Lady of Perpetual Help Catholic Church in Clovis.

Polly went on to graduate from Fresno State in 1980, earning a bachelor’s degree in nursing. She spent the majority of her career working at Saint Agnes Hospital in Fresno as a registered nurse.

Ask Polly and she would tell you about the greatest joy in her life was her children, Cody and Kelsey. She was incredibly proud of their accomplishments and was always the first to hear about their biggest moments. The Juras spent their early years as a family in Clovis, California before moving to western Montana for the remainder of Cody and Kelsey’s childhood.

Polly and Kent spent many hours on the road, whether it was exploring the country or driving between Clovis and their favorite place on earth, Sula, Montana. They loved the road so much that they named many of their beloved pets after the towns they encountered along the way, such as the famous black cats, Jackson and Wells - named after Jackson, Montana and Wells, Nevada.

In 1991, the family purchased a plot of land with a cabin in Sula to serve as the official Jura family getaway, holiday headquarters, and future retirement home. Polly was never happier than when she got to spend time at the cabin with family.

Services will begin at 9:30 a.m. on Saturday February 18, 2023, at Our Lady of Perpetual Help Catholic Church, Clovis, California. There will be a reception from 12:00 – 3:00 p.m. at Luna’s Pizzeria, in Clovis, California. Condolences may be left for the family at www.dalyleachchapel.com

To send flowers to the family or plant a tree in memory of Pauline S. "Polly" Jura, please visit our floral store. 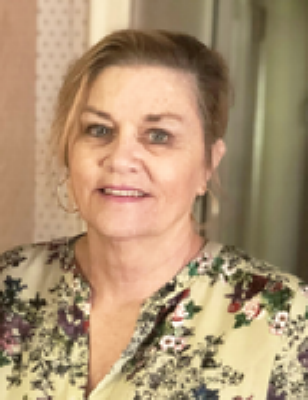 You can still show your support by sending flowers directly to the family, or by planting a memorial tree in the memory of Pauline S. "Polly" Jura
SHARE OBITUARY
© 2023 Daly Leach Memorial Chapel. All Rights Reserved. Funeral Home website by CFS & TA | Terms of Use | Privacy Policy | Accessibility